Last week PhillyVetsHome partners gathered in our HOMESTRETCH meeting to plan the final months before Ending Veteran Homelessness on Veterans Day of this year. 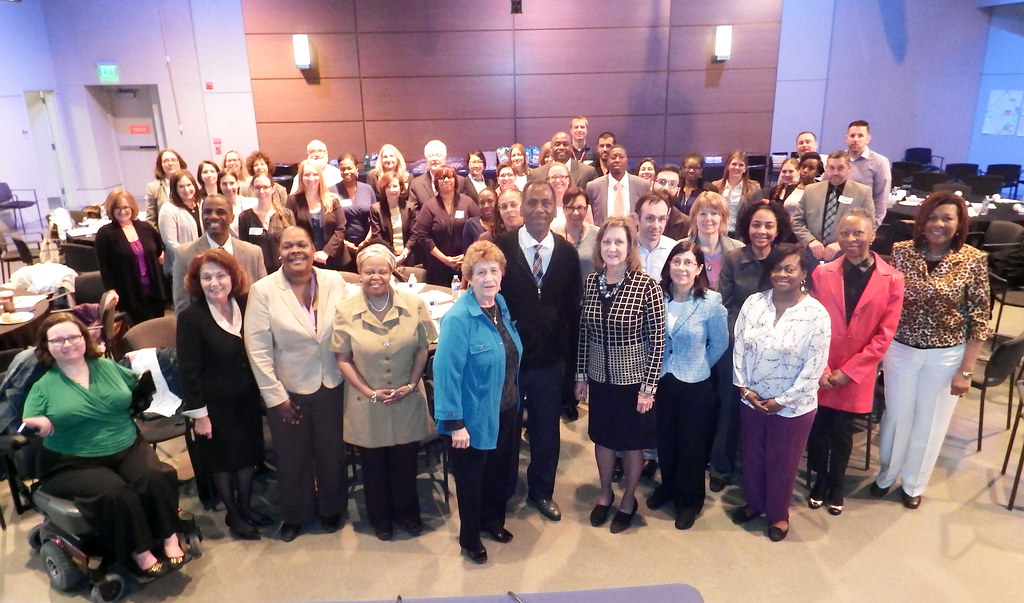 We kicked off the day by Defining the Goal: Functional Zero, discussing our Current Strategy, and identifying the Total Take Down Target, Assets, and the progress we have made thus far — including housing 862 homeless veterans since August 2013 and providing 560 more veterans with resources to find and maintain a home. 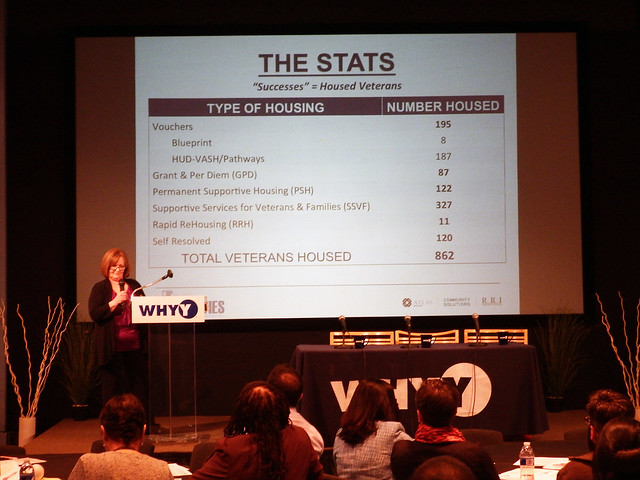 Partners teamed up to develop final strategies, goals, and actions of sustaining and improving our efforts in the Home Stretch with three primary emphases: 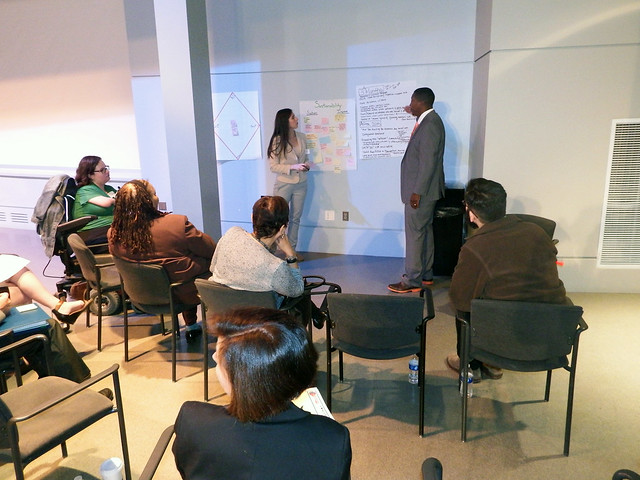 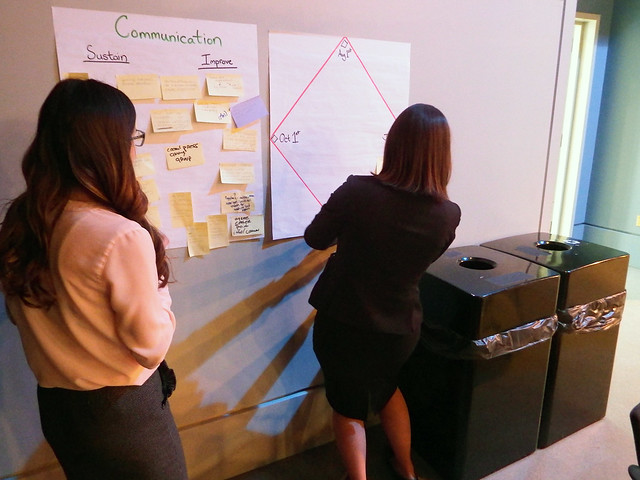 We concluded the Home Stretch meeting with a community pledge, committing to our goal of ending veteran homelessness by Veterans day and identifying our roles and responsibilities individually and collectively to make it possible. 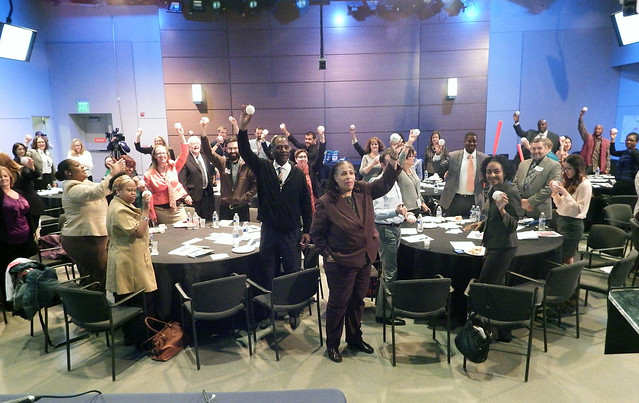 Our HomeStretch Strategy meeting was followed by a press conference where the Mayor publicly announced our goal date to End Veteran Homelessness in the City of Philadelphia.

We are excited about the progress we have made over the past years, and recognize we still face many new obstacles ahead and can use YOUR support! If you are interested in how YOU can help, learn more here OR drop us a note!

(You can also see MORE photos from the HomeStretch Meeting & Press Conference!)

Did you catch us on CBS Philly?

Philadelphia Mayor Michael Nutter joined us as we announced our goal to END Veteran Homelessness by Veterans Day 2015!

IN PHILADELPHIA, ZERO IS AND WILL ALWAYS BE ZERO.

Philadelphia currently has the resources available to assist every homeless Veteran to find permanent housing.  Therefore, it is our goal that on or before November 11th, 2015, Philadelphia will find and offer housing to every Veteran experiencing homelessness.

HOW DO WE DETERMINE THAT WE ARE AT ZERO?

FINAL PROOF OF ZERO
TBD at the Point In Time Count in January 2016.

Philadelphia, PA, April 6, 2016 – PhillyVetsHome2015, a collaborative venture of government agencies and private non-profit organizations will achieve the goal of “functional zero” regarding veteran homelessness in Philadelphia on, or before, Wednesday, November 11th, 2015.

This declaration means a great deal for our city. It means every veteran who has crossed our coalition’s path since August 2013 will be housed. Moreover, the resources will be in place in Philadelphia for any future veteran who experiences homelessness to find a home. After November 11th, 2015, if homelessness should occur in a veteran’s life, it will be rare, brief and non-reoccurring.

This does not mean that there will never be a homeless veteran on the streets of Philadelphia, but that a veteran in transition will be able to easily access a system of support to find and maintain housing should he or she desire it.

We have accomplished this goal by housing 862 homeless veterans since August 2013 and connecting an additional 560 Veterans with the resources needed to find and maintain a home.  We will reach functional zero when all of the 560 veterans who are “connected with a program” achieve their housing goals.

We have also built a collaboration of government agencies to support the longevity of this initiative.

The coalition, using resources like Supportive Services for Veteran Families (SSVF) and HUD-VASH (Veteran Affairs Supportive Housing) has worked tirelessly to meet the specific needs of each Veteran who crosses our doorstep.  We have developed and maintain a “by-name” list of every homeless veteran in Philadelphia and it will track progress towards the goal of stable housing for each homeless veteran.

On April 16th, 2015 all involved agencies, along with representatives and community stakeholders, will gather for the final “homestretch” meeting to plan the months to come as we move toward this monumental milestone for the City of Philadelphia and veterans in the community.

Philadelphia, PA – January 9, 2015 –Philadelphia is closer than ever to eliminating veteran homelessness.  Steve Culbertson, Director of Veteran and Housing Programs at Impact Services Corporation noted “Through a unique collaboration in the City, we are more than 50% of the way toward the goal of ending veteran homelessness in Philadelphia.  We have housed 620 veterans since August of 2013. We will fight for every vet who needs housing to find a decent affordable place to live. It is the least we can do for their service.”

Philadelphia is part of the VA “25 Cities Initiative” which aims to build on President Obama’s 2009 announcement to end Veteran Homelessness by 2015. As cities with high veteran populations successfully stamp out veteran homelessness, as the City of New Orleans announced last week, the once wildly ambitious goal appears all the more attainable for Philadelphia.

Martha Kegel, Director of UNITY, the organization that led the final push in providing housing for homeless veterans in New Orleans, shed light on how this can be achieved in priority cities, “Of course you understand that going forward, it’s not like no one is ever going to become homeless again, but it’s about having a rapid response system in place so that the number of veterans who are in homelessness at any given point is never more than what you can house that month.” The VMC and other organizations spearheading the initiative locally, are following a similar model and after tremendous progress, expects to end veteran homelessness in Philadelphia by the end of this year.

About the Veteran’s Multi Service Center (VMC) – Since 1980, the VMC has existed solely to “serve those who served” this great nation and their families. We are the only non-profit agency in the Philadelphia and surrounding areas that provides a comprehensive resource center available to all Veterans In 2014 alone, the VMC housed over 500+ veterans and families and has boosted public discussion of Veteran Homelessness through their #RewriteTheCardboard social media campaign. For more information about the VMC, visit: www.VMCenter.org

About Impact Services – For 39 years, Impact Services, a non-profit in the Kensington area of Philadelphia, has worked to address the root causes of poverty and alleviate neighborhood distress. Impact’s Veteran Services department serves over 300 veterans a year offering homeless and disadvantaged veterans comprehensive sets of housing, employment, and supportive services.

Well . . . we are excited to announce that we have surpassed our goal by housing 142 veterans in 100 days— 61 were chronically homeless, and 30 veterans were assessed in VI-SPDAT.